NEWS & VIDEO: Arriving in November 2019, the Norwegian Encore cruise ship will accommodate up to 4,000 guests. She’ll cruise out of Miami and sail seven-day cruises to the eastern Caribbean for her inaugural season. Check out these photos and video.

Norwegian Encore, the latest addition to Norwegian Cruise Line’s young and modern cruise ship fleet, will invite travellers to discover the beauty and culture of the Caribbean islands.

For her inaugural 2019 season, Norwegian Encore will cruise out of Miami every Sunday, and sail seven-day voyages to the eastern Caribbean, beginning with her first cruise on November 17, 2019 through April 12, 2020. 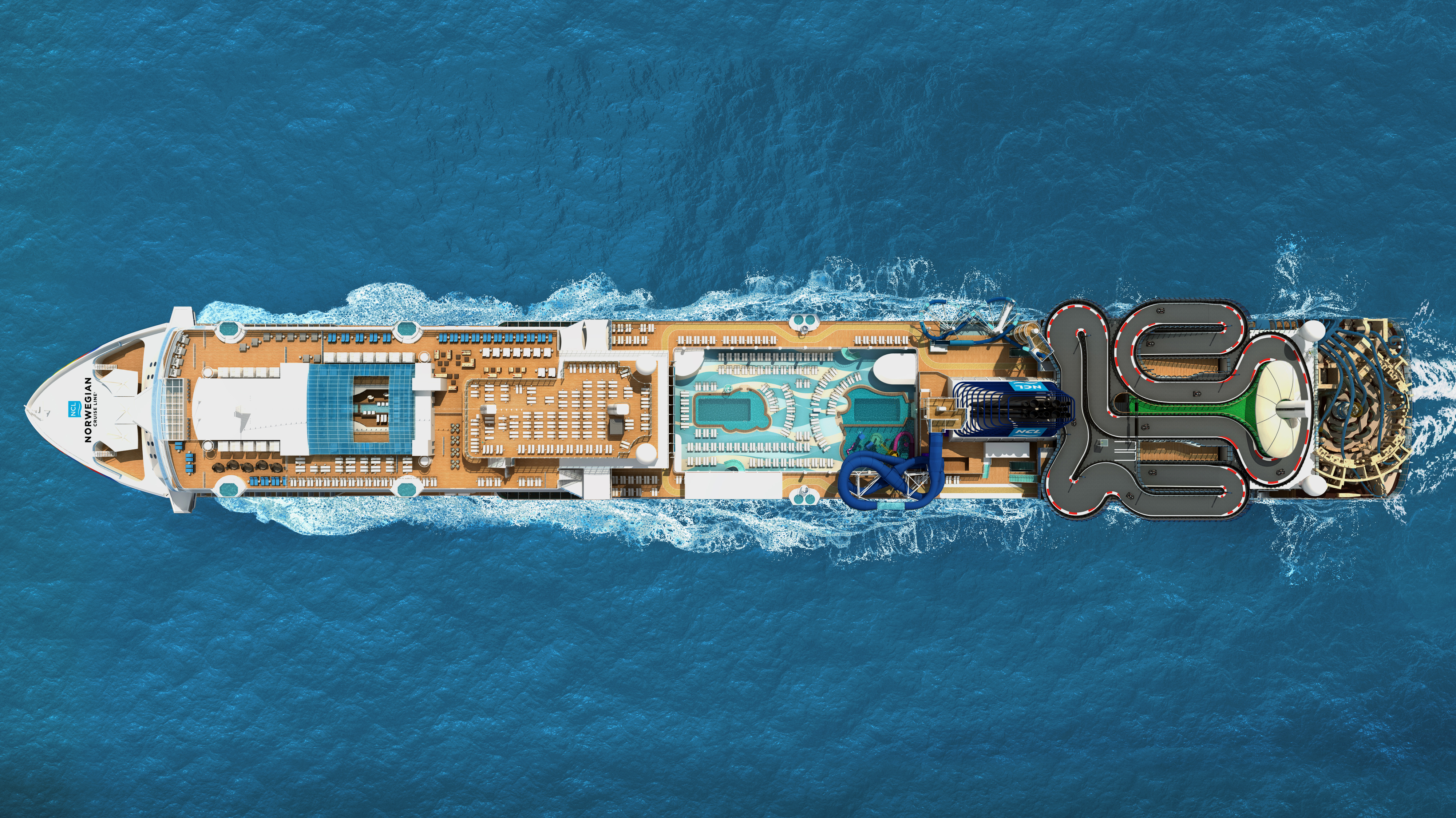 Norwegian Encore’s Eastern Caribbean cruises will feature some of the region’s most popular destinations. They offer a perfect mix of leisure activities, culture immersion and adventurous experiences. On this spectacular seven-day voyage, guests will first visit San Juan, Puerto Rico where they can explore everything the city has to offer.

Guests can stroll through the colourful plazas and cobblestone streets of Old San Juan. Next, tour the island’s popular Bacardi Rum distillery. Or visit historic sites including the Castillo San Felipe del Morro, immersing themselves in the history of the citadel.

Norwegian Encore will then make her next call into St. Thomas, U.S. Virgin Islands. It’s notably known for its picturesque beaches, amazing snorkeling locations and bountiful shopping  options. Finally, guests will have the chance to revel in the exotic, beautiful isle of Tortola, British Virgin Islands. Or they can relax on its sprawling white sandy beaches while surrounded by its lush tropical scenery.

The Cavern Club on Norwegian Bliss

Studio Rendering, Inc. is an award winning Visual Communication studio specializing in 3D computer graphics for the design industry. As artists, designers, film-makers and creative consultants, we partner with the world’s leading designers and creative thinkers on some 400 projects every year. These projects can be as small as a single rendering or as large as a full scale production of a film / animation. Our work reflects an enduring commitment to photo-realism and the belief that a visual is one of the most powerful tools to communicating design.

“Our decision to have the inaugural of Norwegian Encore cruise the Caribbean reinforces our long-standing relationship with this region.  It strengthens our support to some of the most beautiful islands in the world,” said Andy Stuart, president and chief executive officer of Norwegian Cruise Line.

Coming to Miami in November 2019

In January, Norwegian Encore marked her first construction milestone with an official steel-cutting ceremony that took place at the Meyer Werft shipyard in Papenburg, Germany. Norwegian Encore will make her much-anticipated debut in Miami in November 2019. This coincides with the scheduled completion of the new terminal at PortMiami, which will be dedicated to Norwegian Cruise Line.

The design that was recently revealed at the Seatrade Cruise Global Conference in March. It’s a creation of the architects at Bermello Ajamil and Partners, and will feature modern elements including state-of-the-art lighting, inviting indoor and outdoor waiting areas and new technology for a more efficient checking-in process.